In this panel discussion, Pablo Mitchell (Oberlin College), Virginia Sánchez Korrol (Emerita, Brooklyn College), and Andrés Reséndez (University of California, Davis) deliberate on ways to incorporate Latino/a histories into Anglo American history, often portrayed as distinct narratives. The scholars discuss the tools they use in the classroom to expand students’ understanding of what it means to be American. This discussion was moderated by María Montoya, New York University, and Lisandro Pérez, John Jay College.

“Beyond Cardboard Conquistadores and Missionaries: The First Europeans in the New World”

In this talk, Professor Reséndez expands the traditional conception of America’s colonial past and paints a richer, more historically accurate picture of the Europeans who settled in the New World. The “Spanish Conquistadores” were not all Spanish, all male, and all funded by the king, but were actually cosmopolitan, international professionals, often funded by private entrepeneurs who came as settlers rather than conquerors. Missionaries were not simply “good Padres” carrying the message of Christ, but rather had their own strategic plans rooted in self-promotion. Reséndez presents the new world in the colonial era as part of an increasingly international, interdependent environment of global commerce.

In this talk, Professor Hernández interprets texts from Puerto Rican educator and sociologist Eugenio María de Hostos as well as the Cuban poet and scholar José Martí. He describes the work of both writers as humanistic and cooperative, and situates both the writers and their work within the context of their influence on politics, history, and literature.

“Cuban Immigration to the United States”

In this lecture, Lisandro Pérez unpacks the long, distinct, and prolific history of Cuban Americans and their history’s close correlation with U.S. foreign and domestic policy. He uses census materials, forms, archives, city directories, naturalization records, vital records, newspapers, and magazines spanning over 200 years to reconstruct the Cuban community politically and socially in New York City, and explains the reasons for the “Cuban exception.” 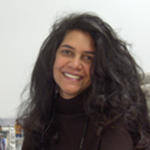 “Dominican Immigration to the United States”

In this lecture, Professor Ramona Hernández closely examines both the statistics and the demographics of the increasing Dominican presence in the United States. Why is there a geographic shift in the locations that Dominicans are settling? How do Dominicans compare to other Latino groups in terms of assimilation into American society? Hernández overturns stereotypical perceptions that surround Dominican populations and contests the idea of applying a singular paradigm to all Latino immigrants, using the Dominican situation to illustrate the complexities that are left unexplained as a result of such classifications.

In this talk, Professor Montoya examines the history of the U.S.-Mexican border, and its role in shaping the national memory and identity of both countries. Notions of Mexican American citizenship and property rights are entwined with this history, and have shifted over time. To understand these transformations, Montoya chronicles the history, perception, and significance of the U.S.-Mexican border from 1848 to 1941 to explore its transition from a shared, fluid site to a symbol of exclusion and militarization. 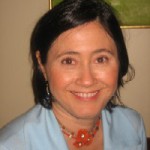 “NAFTA and Narcos: How Free Trade Brought You the Drug Trade”

In this lecture, Professor Saldaña-Portillo addresses the multiple ways in which the North American Free Trade Agreement (NAFTA) has affected the price of labor, increased narco-terrorism, and facilitated the transfer of drugs from Latin America to the United States, as well as the laundering of funds by drug traffickers in the United States and Mexico. She situates these processes within the parallel language used to describe Islamic terrorism and the vilified image of the “Indio-barbaro del Norte,” a term used in the 19th century to refer to Apache enemies of the United States and Mexico.

“Something Old and Something New: The Not So Recent Phenomenon of Unaccompanied Latin American Minor Migration”

In this presentation, Isabel Martínez places the recent experiences of unaccompanied minors migrating from Central America to the United States in a historical context, describing her family’s own youth migration story which begins in Mexico, 1902. She goes on to explore some of the reasons for the recent surge in Latin American youth migration, including increased poverty, violence, and economic instability associated with the North American Free Trade Agreement and the Dominican Republic-Central American Free Trade Agreement, the United States’ “crimigration” policies, and the kinds of media attention these groups of young people receive. Professor Martinez discusses the many dangers they confront, detailing the experiences of unaccompanied children as young as seven years old, as well as the challenges of being apprehended and the risks of going undetected. She then presents several strategies for teaching this material to students.